Florida Federation of Garden Clubs
April 1998 State Convention
When someone calls you by name...
Or names "something" after you...
It is generally because they like you a lot...or that "something" has particular qualities that remind  them of you.
a friend once named a flower after me...it's called "Lady Emma"
and it's BIG.......PINK..........and....WRINKLED!
Well, I too have a friend who deserves this special recognition.
We took the stalwart "Norman Lee" and crossed it with a bit of "Blushing  Romance"  to create  a
specimen that was born with a deep, red heart and touched with a sunny, yellow personality.
It is a hardy variety that will  put up with allot of stress but remain soft around the edges.
It's a prolific bloomer except for this evening.  This plant has no blossoms because the flower is
blooming at our head table. 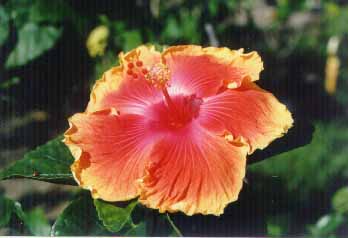 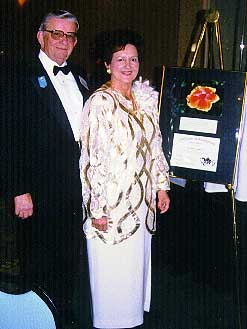 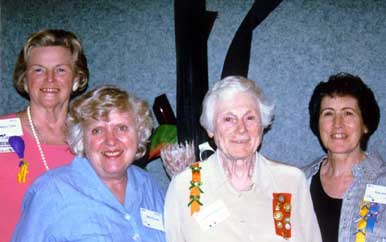 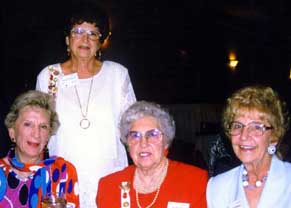 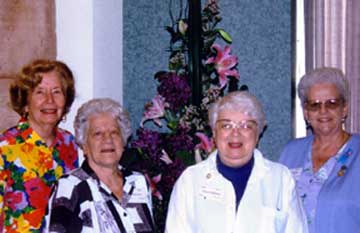 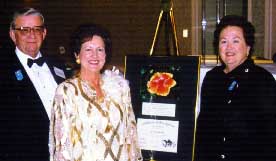 Edgar and Jo with Electric Eleven's Designer Cindy Rieger.
While the business of the convention was being handled by our President and the delegates, Eben Rieger took the "mates" for a cruise on boad the Rieger"s 72 foot Hatteras, "Sandpiper VI". 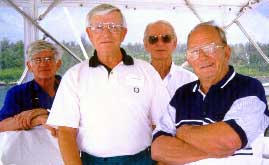 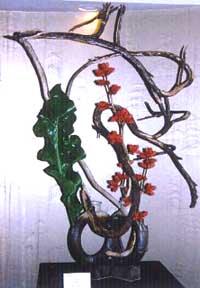 Cindy also created one of the many wonderful designs at the convention. 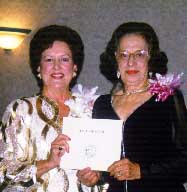 State Convention Chairman, Ann Schandelmayer being inducted into the "Hall of Fame" 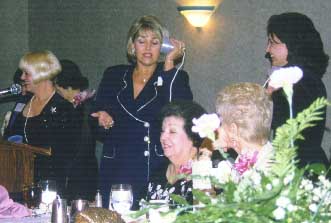 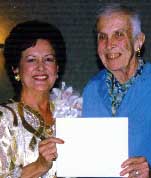 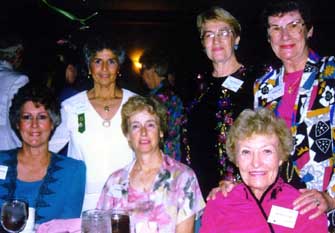 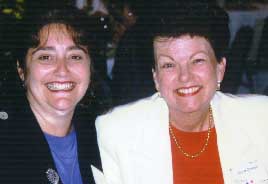 "Lady Emma" and "Jo Williams" are available by request from Winn Soldani.

Over 400 of the world's leading biologists have recently declared that the earth is facing  it's 6th period of mass extinction of plants and animals.  This one, unlike all those before, is caused by MANKIND.
The major cause is HABITAT DISTRUCTION by humans.
You might feel like there is not much you can do to make a difference but you would be wrong.
One person, each one of us, CAN make a difference.

To find out what you can do to make your small space on earth a habitat for wildlife.
Visit My Garden
Read about the Annie Beck Tree

See the Award Winning Designs From the Federated Garden Circles of Ft. Lauderdale